Please review all instructional information before starting any projects. In addition to our Video training please review our FAQ Section

HempCoat™ Beats all traditional floor coatings hands down on durability turnaround time and cost. The HempCoat™ system is engineered to give the best performance by combining the HempCoat™ base with its natural and unsurpassed adhesion and elastic qualities. All of this with a product that is eco friendly.

HempCoat™ is stronger than concrete. Check out this video to learn about the amazing strength of HempCoat™ .

The key to a successful project is a combination of prep and knowing how to work with the material.

Make sure you watch this video and learn the steps for proper mixing.

HEMPCOAT™ base has no solvents, is self leveling and once installed dries quickly. This thicker system is perfect for filling cracks and imperfections on new or tired old warehouse floors. Recommended thickness of 32 mils (250 sf / 5 gal) Coverage: 200-250 sq ft. / Kit. depending on technique & surface condition.

Safety is our number one concern. Always practice safety precautions when performing any HempCoat™ project.

Choosing the right tools for the job is key to a good job. We offer specialised installation tools for your DIY projects.

How to Squeegee and Backroll

Learn the basics of how to use a squeegee and back roll to get a beautiful finish with HempCoat™ product.

How to Add Decorative Flake

If you choose to add a decorative flake, watch this video for different techniques.

Check out these select HempCoat™ DIY weekend projects. The transformations are amazing!

50 year old porch with serious concrete damage gets a makeover and then looks brand new!

Watch how this 3 Car Garage DIY project was transformed in just a weekend!

HempCoat™ is perfect for large commercial projects. We offer a Top Coat selection of epoxy and polyaspartic polyurea flooring that provides a quick return to service without sacrificing the strength of the floor coating system.

With multiple styles you can choose from, such as a reflective UV stable top coat or create a decorative chip floor system. You’ll have great looking floors that will last for years to come.

Laitance is a weak, milky layer of cement and aggregate fines on a concrete surface that is usually caused by an overwet mixture, overworking the mixture, improper or excessive finishing, or combination thereof.

We have a network of installers for you to choose from.

What’s a Top Coat vs a Base Coat?

We know that choosing a  top coat for a floor coating can get confusing. With several formulations available, how do you know which is best for you? Which type you choose may also depend on whether you are applying it yourself or having it professionally installed. For this reason, we have decided to review the various clear coat options available to help you decide which is best suited for you.

A  top coat has many benefits, besides enhancing the look of your color coat, it will also protect the optional color flakes and the rest of the coating from the numerous elements that a floor encounters. It does this by acting as the sacrificial layer.

The number one rule when choosing a top coat for your floor coating; The top coat should be of equal or greater performance than the base coat. Remember, your coating is only as good as the weakest link. It will only perform as well as the final coat that is applied.

What other areas can you apply HempCoat™ ?

Do you need help planning your floor coating project?

Allow the HempCoat Team to help you plan your floor coating project. Our team of industry experts provides you with product recommendations. Furthermore, we will work hand-in-hand with your qualified contractors to ensure the end results exceed your expectations.

Why is it so important to have a food grade flooring system?

Our 10 years of industry experience have provided us with invaluable insight on not only the importance of facility hygiene by keeping plant killing pathogens controlled, but also the equal importance of staying compliant in front of regulation changes as they happen.  With more and more industry scrutiny, food-grade and pharmaceutical standards will become mandatory.

What is the lead time for a large order?

Large volume orders may have up to a 2-3 week lead time based on size.  We try to mantain an inventory while providing our customer with fresh product.

What’s Included in a Value Pack?

Value Packs are pre-designed to make ordering simple and cost-effective.  The appropriate amount of Top Coat paired with the necessary amount of HempCoat™ Base Coat.

Why it is Important to remove laitance before coating your concrete?

“Although it may not be immediately evident, trafficking impact and the stress imposed on the bond line through repeated fluctuations in temperature will eventually cause the laitance interface layer to delaminate, resulting in the flooring installation failing,” writes Neil Sanders, in the Contract Flooring Journal.

Laitance can cost your team big bucks and unnecessary man-hours down the line to repair or replace any coating applied on top of it.

So, what is laitance?

Laitance is a weak, easily-crumbled layer on the surface of concrete, consisting of cement and fine aggregates that rise to the surface when too much water is added. Laitance may also be caused by over-trowelling, rain damage, or poor curing.

Laitance is always present on new concrete – but unfortunately, age is no guarantee that it’s not present unless it has been removed by previous surface preparation. The laitance layer may look like nothing more than fine dust, or it can reach a depth of several millimeters or more.

How do I test for laitance?

Scrape the surface of your concrete floor with a knife. If a powdery material can be scraped from the surface, excessive laitance is present.

To get a sense of how thick the laitance is, “Score the surface of the substrate with a steel edge until the main aggregate is reached,” Sanders writes. If your project needs a more accurate measure, there is also scratch testing equipment available.

Then, how do I remove it?

There are several ways to remove laitance. The method depends on how much area the laitance is covering, how thick the layer is, and how detailed your work needs to be.

If laitance is thicker, mechanical planing may be preferred. Surface planers, also called scarifiers or milling machines, remove the layer faster and more aggressively because “they use the pummeling action of multi-tipped cutting wheels that rotate at high speeds to chip away at the surface,” ConcreteNetwork.com explains.

In large areas, shot blasting and grinding are the fastest and most efficient ways to remove laitance, preparing thousands of square feet at a single go. Scrabbling, abrading, or grinding are also recommended for removing laitance in areas that require more precision, with equipment designed for control, ease of handling, and safe operation in smaller areas and on edge detail.

Acid etching can remove laitance but has some disadvantages. Results vary underprepared denser surface areas. Treated surfaces must be flushed with water, rinsed with a neutralizing wash, flushed with water again, then fully dried before a coating can be applied.

What is a CSP Profile? 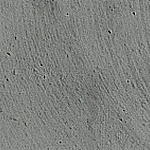 This rating can be achieved with tooling that carries a 70–80 Grit rating.
For coating applications from 2–3 mil thickness, the surface profile should be a CSP. 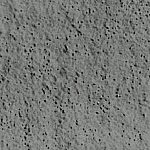 This rating can be achieved with tooling that carries a 30-40 Grit rating.
For coating applications from 4–5 mil thickness, the surface profile should be a CSP 3. 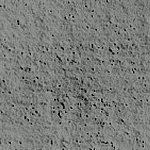 This rating can be achieved with tooling that carries a 16 Grit rating.
For coating applications from 15–50 mil thickness, the surface should be a CSP 4.

What is the recommended coverage rate of HempCoat Base?

Why is floor prep so important?

If you plan to overlay or restore existing concrete, proper surface preparation is essential to achieving good results. Preparing concrete surfaces for coatings, overlays, stains, or repair materials is a time-consuming task that many contractors perform reluctantly or are tempted to overlook altogether. If you’ve ever skipped this essential first step in the process, you undoubtedly learned the hard way how critical it is to the success of the job.

Concrete surfaces are prepared prior to resurfacing concrete to look like plain concrete again or to be upgraded to a decorative finish. Today polymers can be applied as thin as 1/8 ” or up to 3/4″ thick and stamped, producing a surface that looks just like a normal stamped concrete surface.

Surfaces are also prepared prior to various floor-coating installations in industrial, commercial, and institutional applications. The most important characteristic of resurfacing materials or floor coatings is the texture of the concrete. This section offers an overview of the steps required for surface preparation as well as an introduction to the machinery that is used. If you plan to overlay or restore existing concrete, proper surface preparation is essential to achieving good results. It could be twice the cost to reinstall a floor that had defects.

What are resinous floors?

Resinous is a type of flooring that is made of different chemistries such as HempCoat Base, epoxy, urethane, and methyl methacrylate (MMA). These are multi-component systems consisting of a resin and hardener, mixed together on-site prior to application. A chemical reaction between these components causes the mixture to harden. Resinous floors are preferred in commercial and industrial spaces because they are seamless and become part of the structure, allowing for superior durability and cleanability. Resinous floors are long lasting and can be formulated to meet specific criteria including chemical, impact, stain, and water resistance. Aggregates, pigments, decorative chips and flakes can be added to achieve a desired look or design.

How much decorative chip do I need to get a full coverage?

What is the product working time of HempCoat Base Coat?

What is the curing time of HempCoat Base Coat?

When you finish mixing the Part A and Part B, the pot life will be about a half hour at room temperature and a 24 hour cure. Wait approximately 24 hours (depending on temperature) for the HEMP COAT to dry prior to top coating with the clear coat of your choice.

What are the storage recommendations for HempCoat?